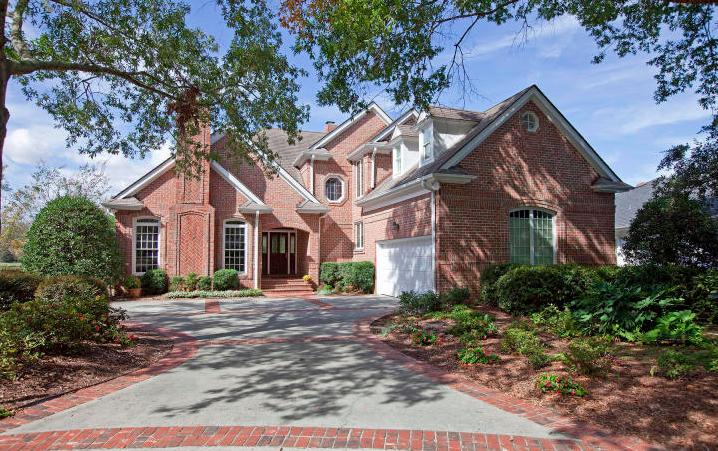 This home is a gardener or bird watcher’s paradise, surrounded by natural beauty and panoramic views. Relax on the patio of this charming waterfront home with 110 feet of Dye Lake frontage and a tranquil waterfall. This four bedroom and three full bath home is all brick and located on a quiet cul de sac in Landfall. The spacious, bright kitchen features a gas cooktop, double ovens, granite countertops, stainless steel appliances, and a wonderful breakfast bar to spread out the morning paper on. The master suite features a sitting area for reading or to take in the spectacular water views. Additionally, there is a large bath and closet in the master. An upstairs den/bedroom with exceptional water views makes an exceptional home office. The downstairs bedroom can also be a cozy den with fireplace. This home has so much to offer! 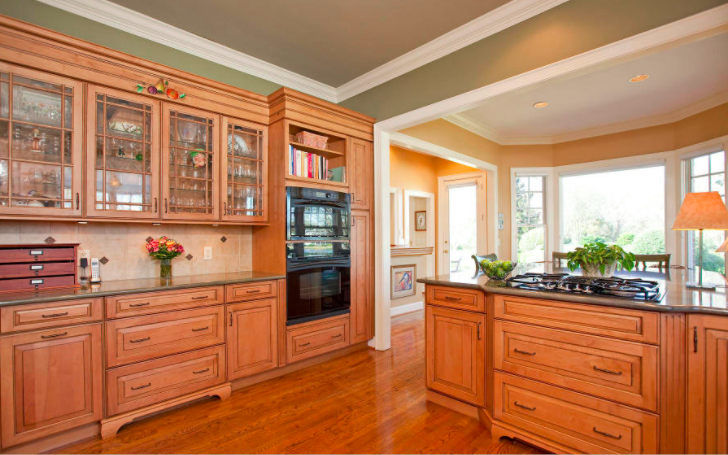 Wilmington was recently ranked as one of the nation’s top cities for clean air quality. The study conducted by the American Lung Association determined measured particle and ozone pollution. The city’s clean air is partially due to many companies in the area switching to natural gas and to stricter laws banning backyard burning and smoking in public. Additional cities to be ranked at the top of the list include Bellingham, Washington; Burlington, Vermont; Honolulu, Hawaii; Casper, Wyoming; and Melbourne, Florida. To view the Wilmington Star News’ full article, visit their website at 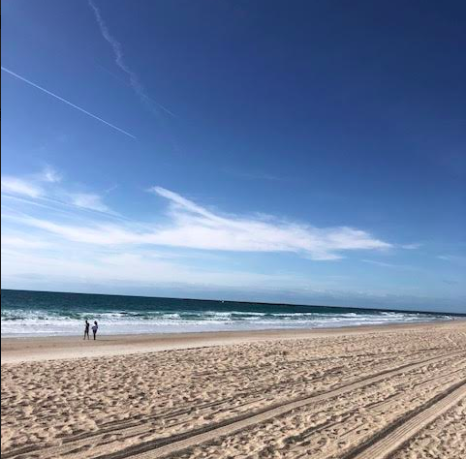 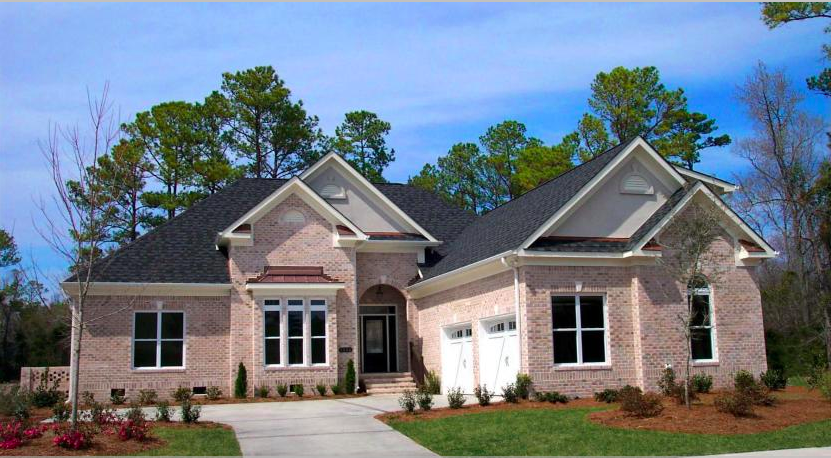 Easy living! One story home built only ten years ago, with opulent granite counters everywhere. Walk into the open foyer and be enjoy the expansive hardwood floors and bright sunlight streaming in from the many windows.

The first floor has a spacious master bedroom and two generously sized extra bedrooms. The classic kitchen features gas cooking, stainless appliances, and wood cabinetry. The formal dining room includes a soaring ceiling with moldings. The second floor includes a bonus room with full bath, perfect for when guests come to visit! The lawn is maintained by the Homeowner’s Association. The rear terrace keeps you enclosed in privacy and is an ideal place to relax and take in your peaceful surroundings. Additionally, there are sidewalks in front, and easy access to the Arboretum Gate, Mayfaire, shopping, grocery stores and many, many restaurants.

Landfall Realty recently closed on these two gorgeous homes! List with Landfall to work with our experienced agents who make deals happen! 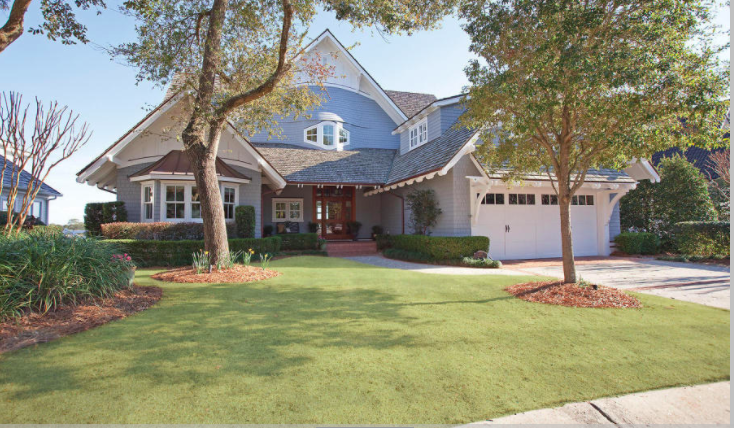 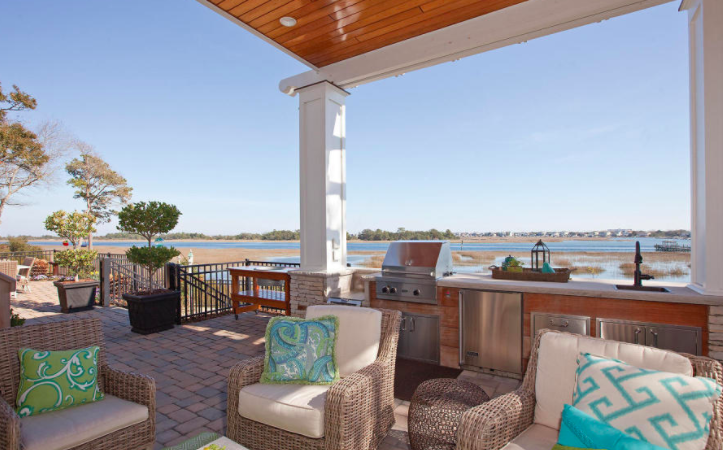 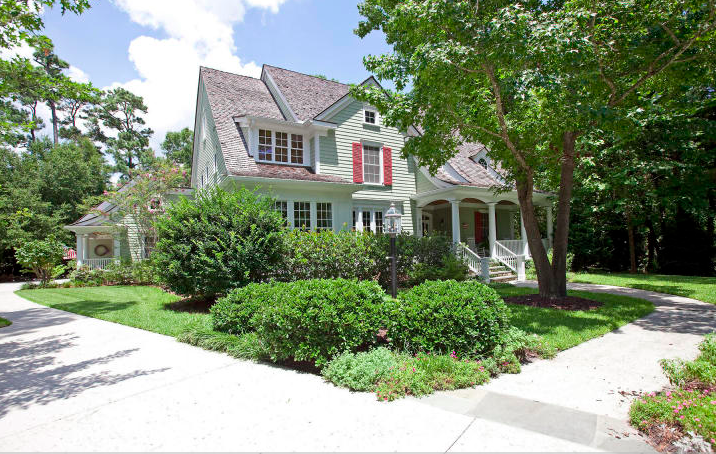 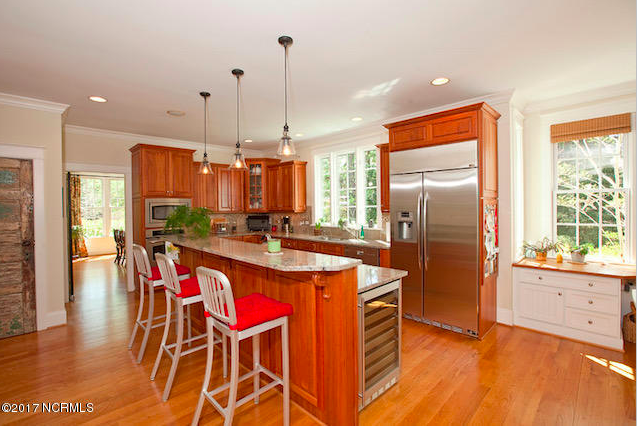 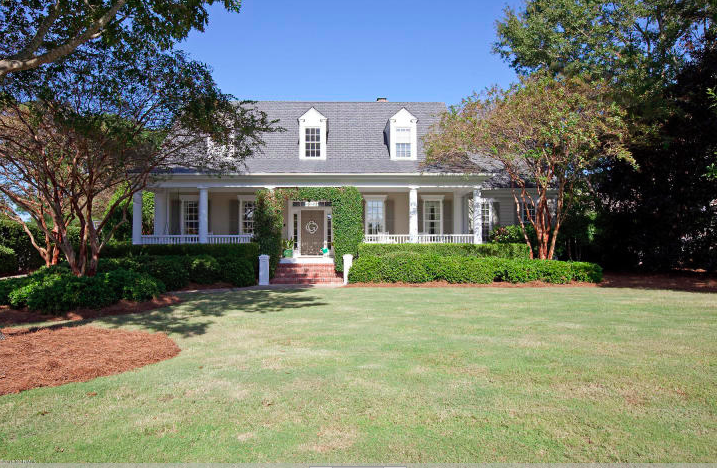 Located on one of Landfall’s most sought after streets, this low country home features 4,455 square feet on an almost ½ acre Jack Nicklaus golf course lot. A broad front porch welcomes you into the foyer flanked by a private study and dining room. Just behind the foyer is the main living room with a 2-story ceiling and a fireplace. The living room unfolds into a sunny, eat-in kitchen with a center island, updated appliances, and quartz counter tops. Adjoining the kitchen is a built in desk area. The master suite offers two master closets and a large bright bath. Just outside the master is an additional room that is perfect for a second office, workout room, or a nursery. 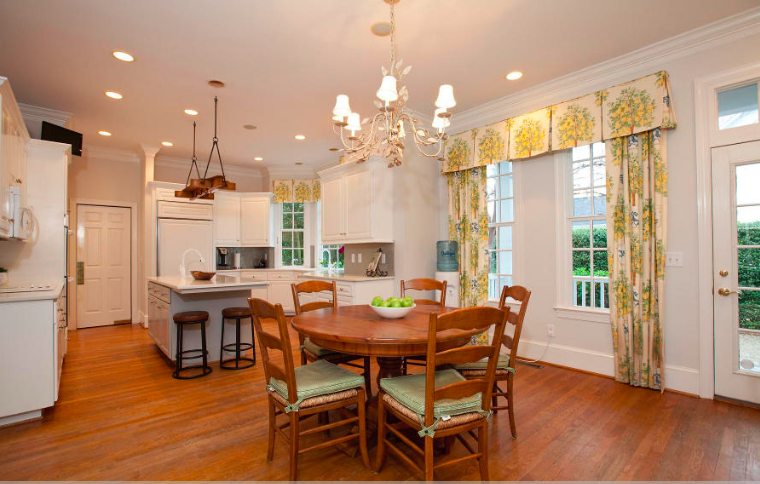 Upstairs you will find 3 bedrooms and 2 full baths along with a with a large bonus room for even more flexible space that can be accessed by a separate staircase. This home has tremendous storage throughout.

The back patio is a covered retreat. Enjoy the covered back patio for entertaining or relaxing with a great book. The ample yard is perfect for a growing family, pool or garden.

To learn more about this home or to see additional listings visit our website landfallrealty.com. 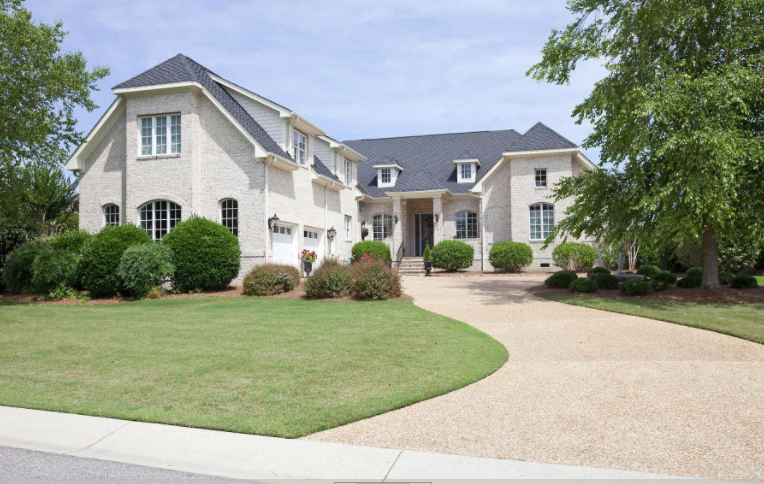 This custom brick home situated along the 7th fairway of the Jack Nicklaus Course in the Landfall community, boasts stunning views. The light filled floor plan is both elegant and comfortable with three bedrooms and five bathrooms. The gourmet kitchen features custom cabinets, a gas cooktop, and center island all open to a relaxing family room with built-ins and a fireplace. The great room features a tray ceiling, wet bar, fireplace, and opens to a covered tile terrace, perfect for entertaining and al fresco dining. The lower patio offers additional seating areas. Private and peaceful, the master suite with high ceilings, dual closets and vanities, provides ample space to unwind. Two additional bedrooms, each with private baths, are on the first floor. The large bonus room has a must see theatre and hobby room. Recently reduced in price, this home is a great deal! 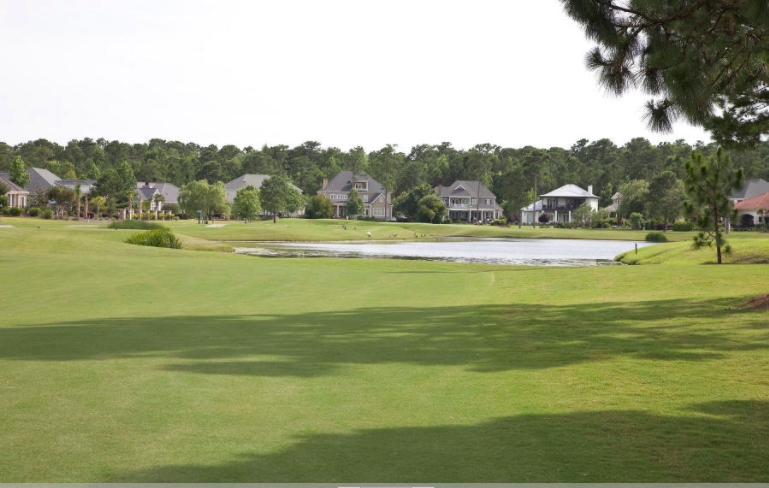 The Azalea Festival is here! The annual event celebrates spring and Wilmington. Entertainment is plentiful, with something for everyone! Art, nature, architecture, concerts, parades, contests, parties, fairs, sports, and fireworks are some of the exciting events taking place during the festival! Some of the most popular events are:

The Juried Art Show– It’s an art lover’s paradise. There are works of art from over 100 artists, many of which are for sale. The Art Show is taking place now through Sunday. April 15th.

The Queen’s Coronation– At the head of the festival every year is the Queen. The Queen and her court attend events throughout the week and are featured in the parade. This year’s Queen is Beth Troutman. She is an Emmy Award winning television personality and has appeared on The Today Show, Extra, HLN, Good Day New York, and numerous others. Her coronation takes place April 11th at 3:00pm.

Concerts– One of the main attractions of the Azalea Festival is all the concerts that take place. Billy Currington with Drake White and the Big Fire, and Kenton Bryants are performing on Thursday night. On Friday night there are two exciting concerts! The first is an Old School Concert featuring the Ying Yang Twins, Chubb Rock, and the Hamiltones. Later that night Lucdacris will be performing with Childish Major.

Airlie Luncheon Garden Party– One of the most anticipated events of the festival, you won’t want to miss the garden party. Hosted in the gorgeous Airlie Gardens, enjoy your lunch on the Intracoastal Waterway surrounded by vibrant flowers. The Garden Party takes place on Friday the 13th.

Cape Fear Garden Tour– Sponsored by the Cape Fear Garden Club, this tour is your chance to visit the most magnificent gardens in the area. The tour has even been featured in Southern Living Magazine!

Waterfront Street Fair– Taking place April 13-15 the Street Fair is a popular attraction. There are over 250 vendors selling food, clothes, art, music, and flowers; just to name a few.

Parade– This is one of the major events. The parade takes place Saturday morning in Historic Downtown Wilmington along 3rd Street.

Fireworks – After spending the day enjoying the parade, street fair, and concerts, make sure to watch spectacular firework display. The fireworks happen over the Cape Fear River, making for stunning view.

For more on the Azalea Festival visit their website http://ncazaleafestival.org/.

Its time for the Annual Landfall Foundation Gala! Now in its 22nd year, the event will take place this Saturday, April 22. The theme this year is “A Royal Affair” and the enchanting gala will make guests feel as if they have been transported to an classic English garden. There will be all the merriment and sophistication of a Grand English wedding, and guests will wine, dine, and dance all night. Additionally, there will be a live Boy’s Choir and a Silent and Live Auction.