A Hand Full of ACES 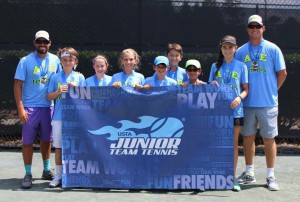 If your kids or grandkids are interested in tennis, Landfall is the place to be.

Under the direction of Country Club of Landfall head tennis pro Jonathan Ingram, the Landfall ACE program has become one of the premier junior tennis programs in the Southeast.

Ingram was instrumental in starting the junior program when he joined the Landfall staff in 2000. His first team – called the Landfall ACES – won the state championship. After those players moved on to college, Ingram changed the name to Landfall ACE in honor of the first team he coached.

“The Landfall ACE program is open only to Landfall members. About 100 juniors are involved year-round, with the number swelling to around 140 in the summer, when grandkids come to visit,” Ingram said.

“All these accomplishments are amazing from a private country club,” Ingram said. “this is truly something special achieved by the juniors at The Country Club of Landfall.”